About Yarkon for S3

Yarkon is a web based front end for AWS S3 and compatible storage systems. It is fully integrated with IAM and offers a user experience similar to Windows Explorer. With Yarkon, any user in the organization can use S3 for document storage, and there is no need to create IAM accounts for each user.

Yarkon is based on a product originally released for the Salesforce environment, back in 2010. Since then, there were two full re-writes to bring the interface and implementation up to modern standards, as well as the conversion from the Salesforce back-end to the S3 compatible API that is used now. The current version was released in June 2017, with the full line up of products released January 2018. It does not share any code with the original from 2010, but the user experience and overall design are quite similar. 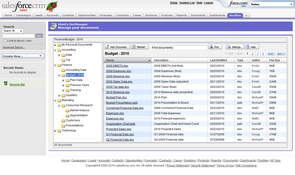 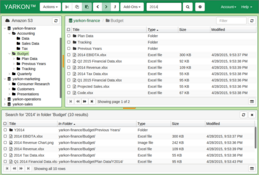 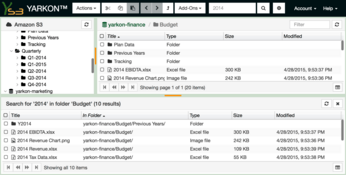 Yarkon can be used in a number of configurations, ranging from the fully hosted by us, to an EC2 running in the client’s VPC. We also support Docker installs. Flexible pricing models are available.